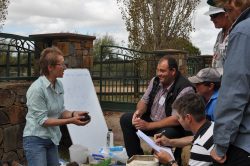 RMCG was engaged by Tamar NRM in Tasmania to deliver a series of four ‘Backyards to Broadacres’ workshops under the National Landcare Program – Sustainable Agriculture Small Grants Round 2015-16. The workshops focussed on innovative, forward-looking solutions, to deliver best practice, and regionally relevant information that caters to all producers in the region.

As part of the project, RMCG partnered with Tamar NRM and the steering committee to:

The four workshops ran from January to March 2017 across the region. The initial ‘taster’ workshop focussed on soil biology and health and included a discussion-based soil theory session followed by a hands-on soil assessment. It was held at Armidale Stud in Carrick. The second event, held at Greenhythe, focussed on pasture management, with guest speakers including producers, agronomists and pasture seed retailers, rounded off with an in-paddock session. The third and fourth events focussed on animal health and production, held at Pipers River and Winkleigh, with guest speakers including producers and animal health specialists.

For more information of the project, head to the Tamar NRM website here. 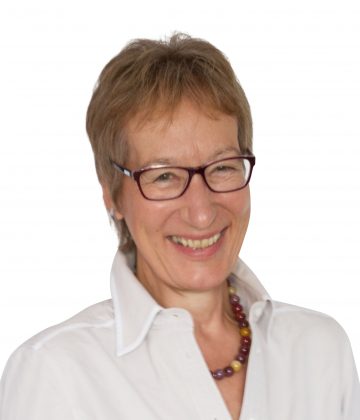 Doris has extensive experience in agricultural business development, resource management and R&D. She has a good understanding of agricultural production systems and supply chains. Her strengths are strategy and concept development, innovative thinking, problem solving, multi-disciplinary project management and communication on all levels with a broad range of people. Doris worked in public and private research, education, export and agribusinesses.

Agriculture is a significant contributor to the Tasmanian economy at $2.4 billion annually. While the sector has undergone a significant technological evolution over the past couple of decades, resul...

Profitable Integration of Cropping and Livestock

As a national project partner, RMCG was engaged by Rural Directions to collect and analyse benchmarking datasets for mixed farming businesses across Southern and Northern Victoria. Working with 20 pro...

Planning for a variable climate