It is generally assumed that the Southern Connected system effectively acts as an interdependent system. While there is a relatively small amount of water traded between the states and systems, there is sufficient at the margins for the system to be acting as one. However, it is becoming more apparent that the Murrumbidgee component is operating physically separately to what is now being understood as the “connected Murray system” i.e. Murray/Goulburn in Vic, NSW and SA collectively. This paper concentrates on the connected Murray system though recognising the interdependence with the Lower Darling and Murrumbidgee systems. 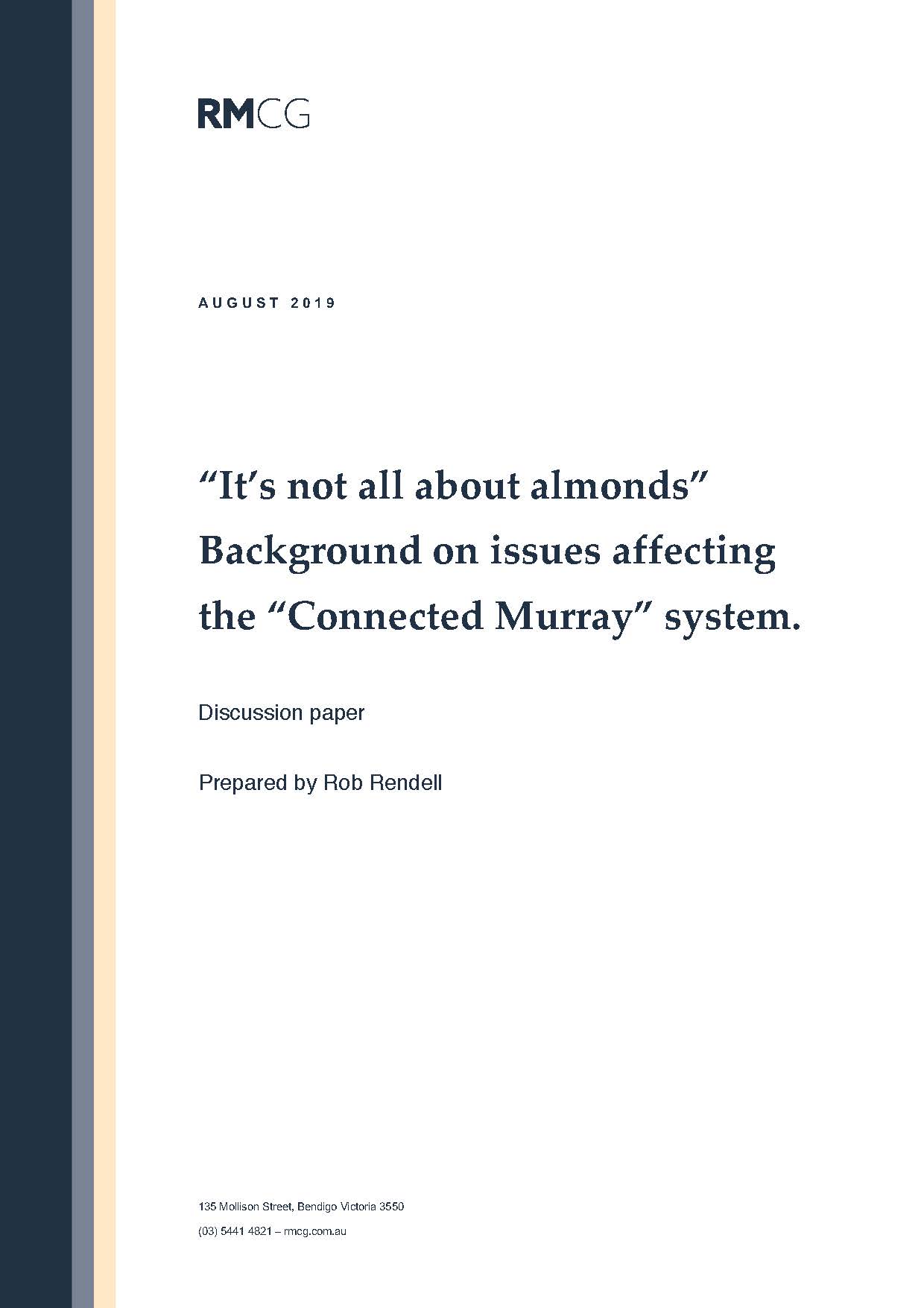